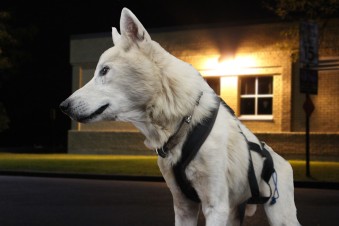 Talking is a good example of this problem. Characters in a story usually talk to each other in order to tell the story. If the fictional dog says nothing, the dog can therefore not take part in the story. But if the fictional dog talks with the other characters, the dog appears unrealistic, because real dogs can’t speak human languages.

(1) The dog can somehow speak without words. The dog says no words, but the other characters react as if the dog said something. A classic example: the dog barks, and the man says to the dog, “What did you say? Timmy’s stuck in the old mineshaft?” Stories that proceed like this include:

(2) The dog symbolizes something, and therefore the dog’s talking is symbolic. Folk tales often work this way. For example:

(3) The dog is a satirical reflection of humankind. The story intends to blur the boundary between human and animal in order to mock the loftiness of humans. For example:

(4) Dogs can talk with other dogs, but humans can’t understand them. If a dog says something to a human, the dog’s words are somehow lost, and the human only hears that the dog barked. For example:

(6) A special human can talk with the animals, but other humans can’t. Animal language is therefore an anomaly. For example:

(7) A special dog can talk, but other dogs can’t. Animal language is therefore an anomaly. For example:

(8) The dog can’t talk, but the story describes the dog’s thoughts in words. For example:

(9) The story takes place in another world, in which animals can talk. For example:

(10) All the animals in the whole world are conspiring against humans, in order to hide the fact that animals can talk. Dogs can therefore talk, but they pretend that they can’t when humans are nearby. For example:

Talking isn't the only difficulty. Dogs have many habits that seem strange to humans. It’s customary for dogs to sniff each other’s rear end, to mark the boundaries of their land with urine, and to catch animals with their teeth and swallow them raw, but all these habits would be inappropriate for humans.

Therefore, a fictional dog must somehow translate canine behavior from dog culture into human culture in order to appear sane. Dogs as characters in fictional stories are interesting in this way, because they deal with the equivalencies and peculiarities between humans and dogs. Stories with dog characters therefore can lead to a better understanding of the characteristics of humans and dogs. 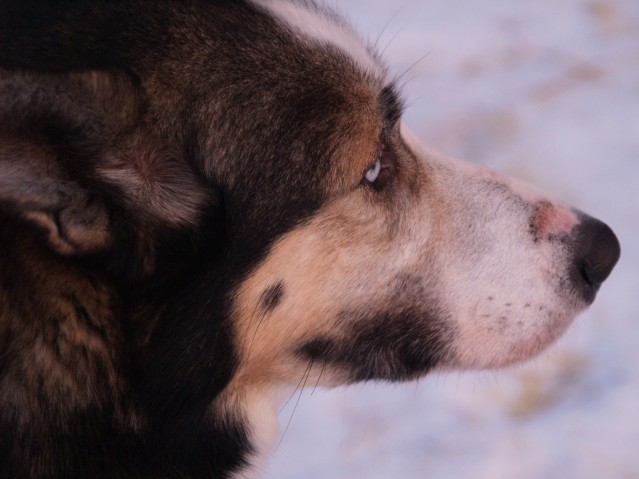